Gopalkrishna Charitable Trust was incorporated on 31 January 2013. It is a formally registered trust with the Charity Commissioner. The trust has been awarded IT exemption under section 80G for various activities.

Gopalkrishna Charitable Trust was formed to serve the needy people in the central suburb of Mumbai and around. This trust specifically aimed at doing Medical and Educational activities for the society in line with the vision of Mr. Gopalkrishna Heroor (Founder of this trust) who was a very philanthropic person. He rose from humble beginning and started out from a village in North Karnataka called Heroor in Shirsi Taluka.

At a very young age he had to come to Mumbai and worked at various places including working as Railway booking Clerk in order to rise through the rank in Reserve Bank of India and finally retired as Assistant General Manager. In his lifetime he did lot of philanthropic work helping many people who came from rural region in order to settle in Mumbai helping the children to get education and helping them in their medical needs and other things.

Mr. Gopalkrishna Heroor was well-known for his helping behaviour within and outside Reserve Bank of India as well. In his memory the Heroor family decided to have a charitable trust in order to keep alive the philanthropic tradition set by him.

From the Desk of Dr Anil Heroor !!
Gopalkrishna Charitable Trust is back with an exciting interactive program for the 4th Annual International Review on GI Cancers. This meeting will be held on a virtual platform on 14th – 15th & 21st – 22nd May 2021.

Hope, Smile & Sunshine intends to provide noble medical services with wing of skilled, passionate, dedicated, coordinated, trained team of Managing Executives, qualified Doctors and technical staff. The team works for the benefits and well-being of the general and needy public by rendering mobile and door step services in the communities with view of raising a ray of hope that will help in achieving the goal of healthy living thereby spreading smiles of happiness and shine with gleam of prosperity.

"Small steps lead to Long Leaps". The Mission of HSS is to spread awareness and conduct timely screening for early diagnosis of Eye diseases and dreadful cancers. The data collection from the services should lend a helping hand in statistical analysis, research work

To achieve aims, objectives & mission of HSS and prospering its reach to the root level To extend its reach to the masses to spread the importance of timely screening and help in early diagnosis of Eye

Early Diagnosis of Cancer and Eye diseases like Glaucoma, Cataract & Diabetic Retinopathy. These diseases can be controlled if diagnosed and treated at an early stage.

Providing a complete comprehensive Cancer and Eye checkup service free or at a very nominal cost to poor and middle class people. 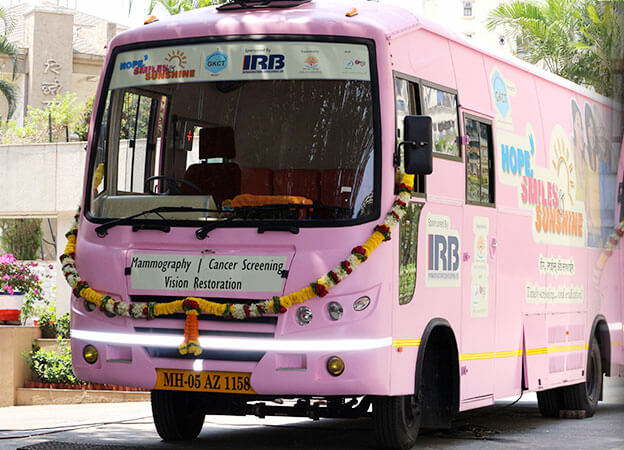